Our education project began in 1982 with the creation of the Blas Cañas Higher Studies Vocational Institute, an institution strongly supported by Cardinal Raul Silva Henriquez.

In 1990, the Ministry of Education approves it working as Blas Cañas University and in 1993, the Chilean Episcopal Conference recognizes it as a Catholic institution, joining as active member of the institution along with the Salesian Congregation of Chile.

In 1999, after the modification of its General Rules and Regulations, Salesians took the senior management and authorized changing the name to Catholic University Cardinal Raul Silva Henriquez. Four years later, the University became fully autonomous and – in 2006 – the Episcopal Conference transferred all the University’s management to the Salesian Congregation.

During this path of 35 years, the Cardinal’s dream has been materialized under the values and principles of an accredited, inclusive and transcendent educational project, committed to academic excellence in every undergraduate, postgraduate and continuing education program. 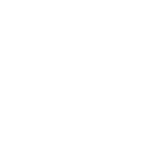